Thanks to Wonderduck it occurred to me to check up on where The Dresden Files is at, book-wise. I found out that Butcher's web site lists Peace Talks as the sixteenth volume in that series, but quoth the page for that tome:

The sixteenth book in the Dresden Files series will be called Peace Talks.

It’s still way too early for blurbs, preorders, release dates, and the like, but we’ll announce further details as we have them!

My only worry is, how long has it said that?

And today the Internet is working about as well as two cans on a string. Guess I'll have to reboot everything and see if that helps.

Og stopped by to assist me with a little project, so I had him snap this for me: 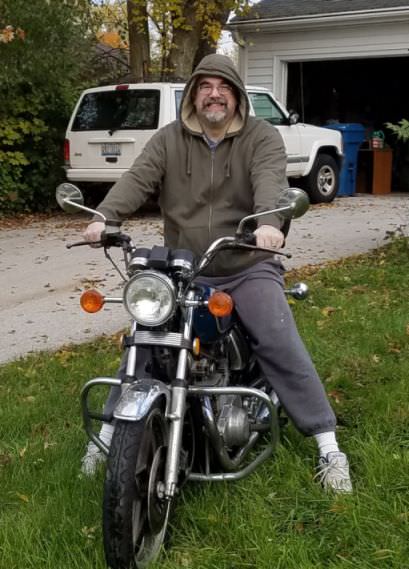 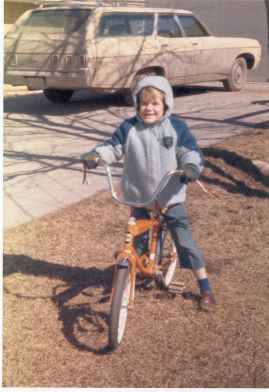 ...and damn it, we forgot to close the garage door first. Oh well. It's something I've wanted to do for months and finally got done!

So, let's talk about what happened down in Texas yesterday.

The leftists can't wait to dance in the blood of the victims. But of course the leftists remain silent on the carnage in Chicago (due to gangs) that racks up such huge body counts weekly. (And incidentally, 96% of all crimes in NYC is committed by blacks and hispanics. Go figure.)

And as usual the left's compassion is reserved only for its adherents, not anyone else. Example: "let's face it: we're glad it wasn't educated people we care about who got killed. these are Trump voters, fuck 'em," tweeted one paragon of leftism. As Porretto observes:

These are people who utterly lack empathy--what Adam Smith called "fellow-feeling." Yet they say we in the Right are "uncompassionate." They're perfectly happy with the murders of those who disagree with them politically. Yet they call us "fascists." They seek to confiscate our instruments of self-defense and grant the government a monopoly of all weapons. Yet they accuse us of "paranoia." They have made politically founded hatred into their religion. Yet they call us "haters," and our contrary opinions "hate speech."

It's all the left has. What do you expect?

Ultimately, though, it turns out that the shooter had been either been dishonorably discharged, or received a "bad conduct" discharge, from the Air Force. Depending on which it is, and the circumstances of his discharge (for domestic violence) such would automatically bar him from legal ownership purchase of firearms. (Even in Texas.) He was an atheist.

And he was stopped by a citizen with a legally-owned firearm. As soon as someone showed up with a gun to stop him, the shooter turned tail and ran.

Speaking of pusillanimity, we have the NFL. NFL is stepping on its own dick with this "take a knee" crap, and instead of fixing the situation they took their foot off their dick long enough to put on their cleats and stomp extra-hard on it.

Quark fusion is energetic stuff. In my SF world there are things called "subnucleon weapons" which are basically bombs that generate a quark-gluon plasma. The plasma is only briefly confined--a few nanoseconds, while the detonation completes itself--and then it explodes. Okay, imagine what kind of damage would be done by about a kilogram of gas at a temperature of 7,000,000,000,000°F. I'm a bit rusty on the whole "gas law" thing but allowing that plasma to escape will result in a very hot and fast shockwave. Naturally it will cool as it expands, but as it cools suddenly the quarks and gluons are coalescing into fast-moving particles, and now you've got to deal with heavy ionizing radiation....

Main point: not a good idea to be in the neighborhood when one of those things goes off.

And VLF radio is fascinating.

We live in an electromagnetic soup, bombarded by wavelengths from DC to daylight and beyond. A lot of it is of our own making, especially further up the spectrum where wavelengths are short enough for the bandwidth needed for things like WiFi and cell phones. But long before humans figured out how to make their own electromagnetic ripples, the Earth was singing songs at the low end of the spectrum. The very low frequency (VLF) band abounds with interesting natural emissions, and listening to these Earth sounds can be quite a treat.

In that Hackaday post there's a video which is worth watching, because among other things it talks about the VLF signal which inadvertently ended up embedded in Tubular Bells. With the right software, you can actually extract Morse Code transmitted from a VLF station at the time the studio recording was done. Which is damned cool.

The propagation of RF is essentially black magic, anyway. Earth is a giant electromagnet, with a dynamo spinning in its core to generate a pretty strong magnetic field, and that magnetic field interacts with our Sun's magnetic field in weird ways. The result is variations in how radio signals propagate depending on whether it's night or day, and a lot of other stuff.

If you click on one link in that article, click on the one saying "very much like its avian namesake", and listen to it. That's the radio sound of a sunrise.

We live in an incredible world.

So today I got the wall completed, all the way. Putting in the box for the cable and net drops was a lot easier than I'd expected it to be, and it's solid as the Rock of Gibraltar. Getting the little goofs fixed went quickly, too. Got the woodwork nailed back down. Now it looks pretty damned good.

As a bonus, I fixed the entertainment center. It had one back panel that had come off entirely, so I pulled both of them off, enlarged the cable cutout in one, and then nailed both of them back on properly. That enhanced the rigidity of the structure and it no longer looks half-assed.

Cleaned up and put everything away, and got the miscellanious stuff all collected and stowed for Wednesday, which is when we're getting new carpet in the family room.

To make things better? Talked to two recruiters today. Tomorrow I'm driving out to meet someone face-to-face about opportunities; I had a Skype call this evening to talk about a help desk position. We'll see how we do with these, but I'm excited because it looks as if THINGS ARE FINALLY SHAKING LOOSE and I'm making progress.

I won't lie: I was damned depressed Friday night, and all through the weekend, about the situation with the holiday warehouse job. I mean, the recruiter there didn't even ask me any questions, other than "What kind of work would you prefer?" and "Morning or evening shift?" Basically if you have a pulse and can pass a drug test, you're in--which made me feel like shit: is this seriously the best job I can get? Is this all I'm worth? After all the resumes I sent out over the past nine months, a "warm body" job is the height of the pile? Seriously?

Here's what that said to me: Congratulations, loser. You're worthless. I mean, it's economically necessary work, but it's the 21st century equivalent of digging ditches. If nothing else, surely my experience in the call center qualifies me for better than that, doesn't it?

But here--finally!--it looks as if I have an opportunity to do something technical--and even if it's call center work, at least it's not billing support. It's helping people fix stuff. Hook me up.

So I need to be at the place tomorrow at 9:30 to talk to the recruiter, and we'll see where we go from there. Here's hoping.
Collapse