Somewhere I came across a bit about the latest generation of Mac keyboards being slightly quieter than the prior generation. I was going to link the post (as I usually do) but when I scrolled down to make sure there was not more to it, the web site helpfully shoved me to a page showing only the next story in their feed and it would not let me go back to the keyboard story. I tried clicking on the link to that story; it would show the keyboard story for a quarter-second, then pop up the article about which I COULDN'T GIVE A RAT'S ASS ON PLUTO.

Only Macintosh people could possibly be upset about how loud their keyboard is. I've typed on the previous generation keyboards and they are not any louder than any other laptop on the planet. What they are, however, is those annoying chiclet keys all laptops seem to have.

Then again, I type on an IBM Model M. Mactards probably need hearing protection for their delicate little ears from this thing. Heh.

So now it's LGBTP, and the word is "pedosexual" rather than "pedophile".

"...[T]he only reason society has such a negative view on pedosexual activity is due to misinformation and blind hate." Oh, really? The fact that kids who are sexually abused are psychologically damaged by it is "misinformation" and "blind hate"?

Kinsey's studies were questionable but they did unveil a grain of truth, something our society had pretended was not so: kids have the ability to have sex--which is to say, kids can get aroused and experience pleasure from sex. But what Kinsey tried to wish away was that when adults force kids into those situations, it's bad for them.

Pedophiles can groom children to be interested in sex--they can manipulate the child into expressing curiosity about it--but the result is no less harmful for the child than when some sick bastard just out-and-out rapes the kid. That's not "misinformation"; that's historical experience. The biography section of the library is littered with autobiographies from famous people who were sexually abused as kids, and virtually without exception they rue the fact that it happened.

Kids can (and do) experiment with sex, or sexual situations; when they do it organically and of their own volition with age-appropriate partners it's not harmful to them. But it causes damage when "uncle" Perv says, "Hey, do you want to try touching each other like those people are?"

The last five decades have seen a convulsive loosening of norms and constraints applicable to sex. We've serially decided to tolerate:

In the matter of sexual conduct, few barriers remain to be broken. But why pedophilia? Haven't we agreed that below a certain age--I think most states put it at 16 years of age--an individual is not competent to make the weighty decisions that go along with sexual activity?

"Convulsive" is a good word. In half a century we've abandoned literal centuries' worth of cultural experience about what works best and what doesn't.

The interesting point the post makes, though, is that it seems as if pedophilia and homosexuality (what are sometimes, but with decreasing frequency, referred to collectively as "paraphilias") occur at approximately the same rate. No one can really pin it down; the number for homosexuals is often stated to be around 3%, which seems reasonable, and apparently the number for pedophilia is about the same.

3% is not enough to justify upending our entire civilization for. Making 3% of the population less uncomfortable with their sexuality is not worth the damage that's been done, which you can measure with a whole bunch of statistics like out of wedlock births, the number of abortions, the divorce rate, the number of kids in single-parent homes--and on and on and on.

But the most important takeaway from all this? The point I made at the beginning of this vignette: the arguments used to legitimize homosexuality are being used for everything else, from transsexualism to pedophilia, exactly as we were warned it would be.

11 light years away, possibly habitable. Not too shabby.

Late last year, some anomalous radio transmission were detected by Arecibo and seemed to be coming from Ross128. This phenomenon has not been observed again, and "top men" theorize that those transmissions were garbled bleed-over from an as-yet-unidentified satellite.

"Top men" will make that theory because it's safer to assume it's a terrestrial signal than it is to assume there are aliens out there.

But you never know.

People who think the "Trump baby" balloon is the biggest insult ever to a President don't know their history. Besides--the crazier the anti-Trump people get, the more obvious it becomes that they are losing.

If Trump weren't effective, they wouldn't be like this.

I actually laughed out loud at this.

So the other night, just fiddling around at the PC, I watched a YouTube video wherein artists "reimagined" popular cartoon characters. Some of them were pretty good; others...not.

The thing is, when you take a character from The Simpsons and you render them in 3D with realistic textures, but otherwise replicate the character design, you are not "reimagining" them. You are merely using a (slightly) different medium to depict them. 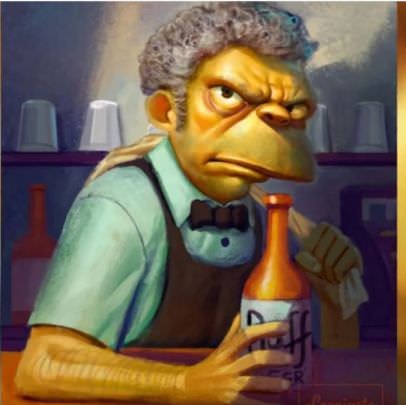 You see, that's exactly what he looks like in the cartoon, only this depiction has depth and texture to it instead of the usual cartoon depiction of Moe the Bartender: 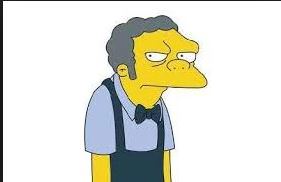 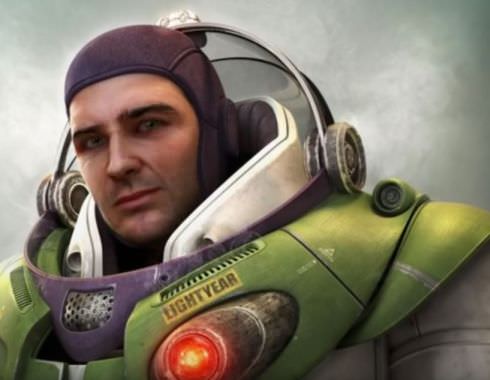 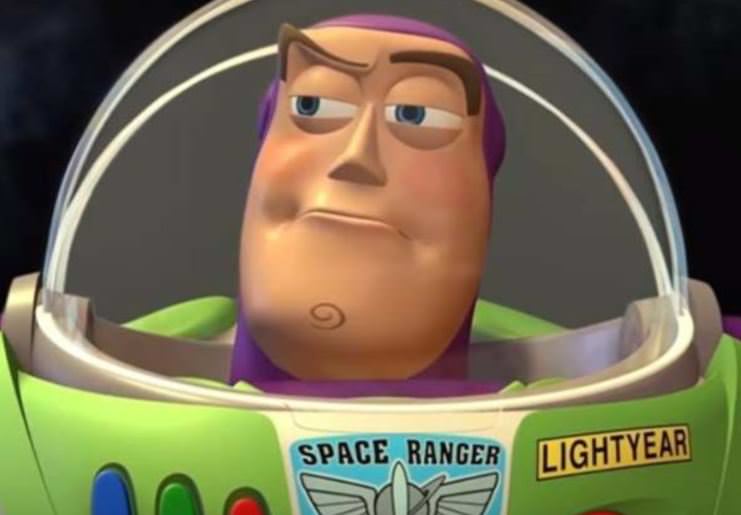 The video also contained the usual images of the Powerpuff Girls as "all growed up", which is not really "reimagining" so much as "imagining what they look like when they grow up".

I was trying to get an idea of how much a "C-64 mini" was going to cost--wait, I need to give more background.

There's a company which is making a C64 system which is 100% C-64 compatible and looks like a smaller version of the venerable 8-bit computer. But the one thing I could not find out was how much the thing would cost, so I was looking on Amazon to see if there was any information there--and while I was there I came across this:

There is no way in hell there's a Commodore 64 which is worth $2,600--even with two joysticks, a floppy drive, and a game--unless it's got a couple of ounces of gold tucked inside it somewhere. (Or drugs, I suppose.)

Not even if it were brand-new, never opened, still-in-the-shrinkwrap, 100% untouched.

Which is why I named that file "smoking the whacky cracky".

So, how rusty was the water in the pool? 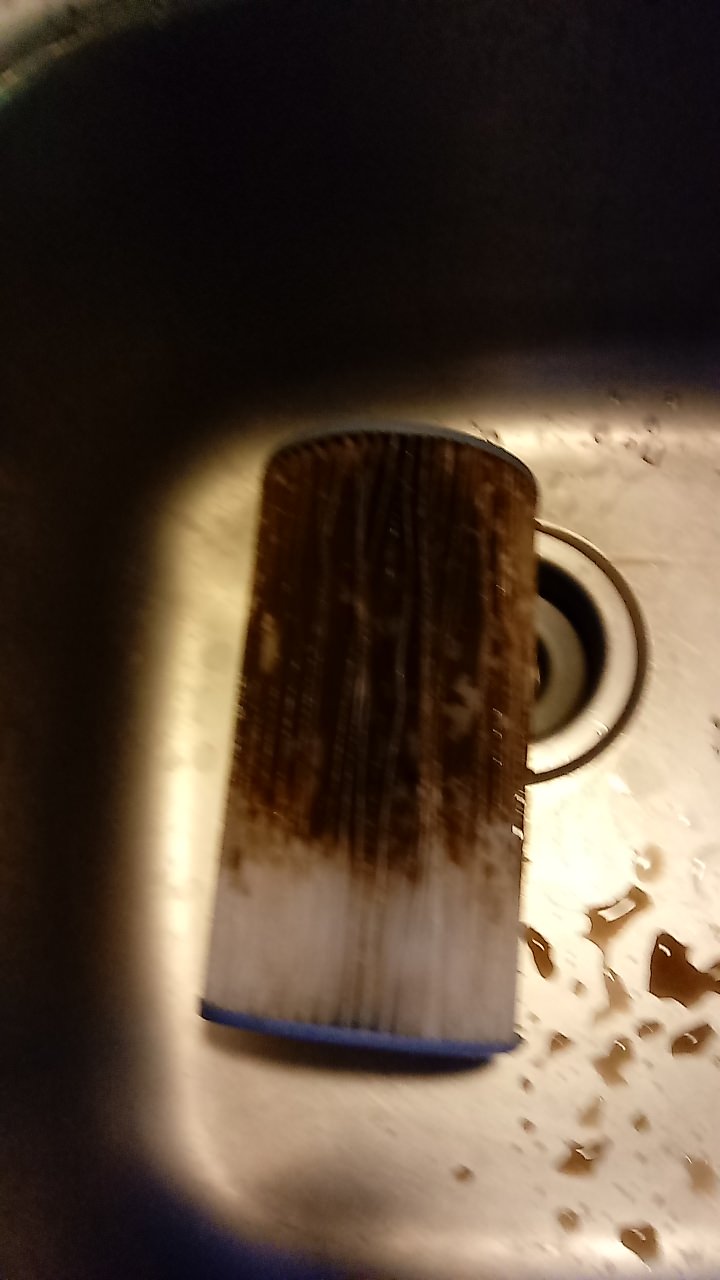 Understand: this was after two days with the new pump. The old pump--with a brand-new filter--had been running since I got the pool filled, and I rinsed that filter out some two or three times--each time it looked just as bad as that filter does there, except the entire surface was covered with rust instead of 2/3 of it.

So, out of a thousand gallons of water, I extracted perhaps 4-6 ounces of iron oxide paste.

Added flocculent last night. Today the water is clearer, and I rinsed gunky stuff out of the filter which was rust and other minerals.

The bum continues to improve. From walnut to marble; here's hoping it continues to shrink. I now get the occasional "itching" or "burning" so frequently described in the Preparation H commercials.

I was thinking about this the other day, and realized that this thing first reared its head in late 1991 or early 1992, when--one morning--there was blood in the toilet, and it freaked me out. (I was in my early twenties, and blood just did not come from that end, not that much!) Went to see doc, who said, "Yeah, that's a hemorrhoid, don't worry about it."

Never a problem until the end of June. A bit of blood once in a while. But damn! I never expected anything like that; and if that damned thing doesn't require an operation, what the hell does?

Well, it's Sunday, and it's hot outside, so I think I know what comes next.
Collapse