Went to work, came home. Mrs. Fungus and I went out for sushi, so I didn't have to sit in traffic. Of course I got home hours later than usual anyway, but I got home well-fed and never went under 50 MPH, so it's all good.

...[T]he congressman is now saying that using nuclear weapons on American gun owners was an exaggeration, he just wanted to rhetorically demonstrate that the all-powerful government could crush us peasants like bugs, they hold our pathetic lives in their iron hand, and he'd never ever advocate for the use of nuclear weapons on American soil (that would be bad for the environment!), and instead he merely wants to send a SWAT team to your house to shoot you in the face if you don't comply.

I could blockquote a whole lot more, but just go read it. It is 100% worth the time. He utterly demolishes that foolish congresscritter's argument that nukes trump personal ownership of firearms.

And lest you think these people don't want to confiscate your guns: 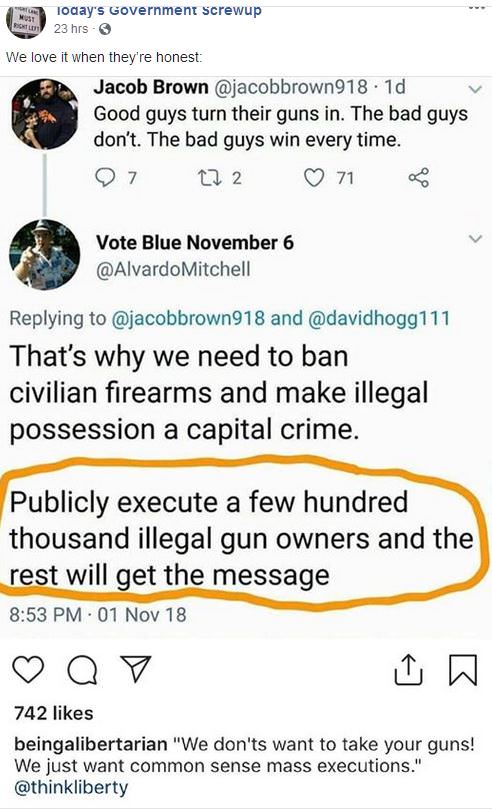 Australian Senator announces that he identifies as a woman so he can speak out against abortion without asshats saying he can't have an opinion about abortion because he's a man.

A sushi place near Mrs. Fungus' office has an "all you can eat" option. I looked over the menu and realized that the selections I wanted were pretty close to that price, so I picked that and ended up stuffing myself with sushi.

They also had something they called "sesame balls". What they were, was chocolate-filled mochi, rolled in sesame seeds and deep fried for a few seconds. I could eat those things by the dozen....
Collapse