A pilot discusses why the 737MAX MCAS system was a bad idea. It's a Faceboob post but includes the link to a PDF. It goes into detail right down to "Sunday supplement" level, so if you don't know anything about aviation you'll still understand what went wrong and why.

If I have not been clear, so far, let me say it succinctly. Boeing produced a dynamically unstable airframe, the 737 MAX. That is big strike #1. Boeing then tried to mask the 737's dynamic instability with a software system, similar to the systems used in dynamically unstable fighter jets (though those jets are fitted with ejection seats). Big strike #2. Finally, the software system relied on systems known for their propensity to fail (angle of attack indicators) and did not appear to include even rudimentary provisions to cross check the outputs of the angle of attack sensor against other sensors, including the other angle of attack sensor. Big strike #3.

The big engines, placed where they are, actually provide lift at high angles of attack. Because that lift is ahead of the center of lift of the wings, it forces the nose up. So, yeah--get into a nose-high attitude, and the nose tries to go higher because the engines are pushing it up, and the stall warning starts going off and the pilots try to stop it and your flight profile starts looking suspiciously like the time-versus-altitude plot of the plane involved in the Ethiopia crash. /\/\/\_

The more I learn about this, the worse it looks. Yeesh. 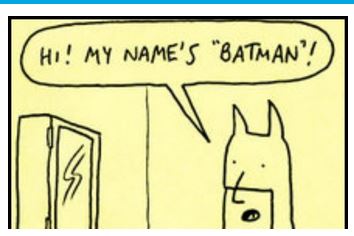 You could be my assistant!

Starting out with the funny stuff because I am not really in a humorous mood. I woke up with a splitting headache. Argh. 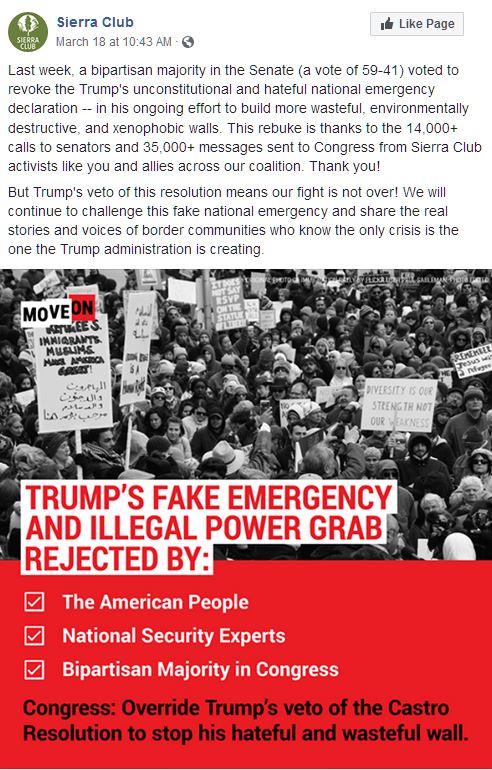 The Sierra Club is a shill for communists. A donation made to them is not tax-deductible because they are a lobbying group. And guess what they lobby for?

Windmills are shit for power generation in winter. Windmills need to be backed up by something that burns fuel or else there will be long periods where there is no power available.

Any energy plan which ignores this fact is doomed.

Totally unrestricted abortion is on the menu for Illinois, as well. Because Illinois is a hard blue state, this will become law here.

I don't know what the Democrats are doing, unless the election of President Trump has driven them so apeshit that they can't think clearly any longer. Unlimited abortion-as-contraception does not play well in 90% of the districts in the country; someone did a set of polls and found that according to twelve different models, Trump wins in 2020 by a huge margin. Computer model forecasts are usually worth the paper they're printed on and polls can be manipulated, but they are not usually slanted to favor Republicans.

Democrats have never liked it when a girl under the age of 18 had to talk to her parents to get permission to have an abortion. This is for two reasons. First, because Democrats want to make sure that as many abortions happen as possible, and if the girl asks her parents she might not have one. Second, because if the girl has to ask permission to have an abortion, she might think twice about having sex, and if there's anything Democrats hate, it's kids who choose not to have sex until they're older.

Oh, and by the way? One of the bills will "remove the requirement of medical certification". If I understand that correctly, it means that abortion mills won't even have to be certified by the state to perform them.

The theory behind the legalization of abortion is that women will get them regardless of their legality, so we should have it be legal so that it can be regulated and safe. No "back-alley abortions", oh, no!

But they don't have to be licensed in IL to perform abortions, and the Department of Public Health is unable to inspect any unlicensed abortion clinic--unable as in barred by law from doing so--and that takes us right back to those back alleys where all those abortions were taking place prior to Roe v Wade.

Years ago, I used to support the legality of abortion. I used to think that outlawing it was a bad idea, allowing for the fact that there were likely some circumstances where it was necessary. "Legal, safe, and rare," as the saying went.

But then I learned about the reality of it.

The reality is that nearly all abortions are performed as elective, contraceptive procedures. The number of times an abortion can safe the life or health of the mother is a vanishingly small fraction of the number that are performed annually. Even rape and incest cases are single digits compared to the total number. At least 90% of all abortions are done simply because the mother doesn't want the child, but could not otherwise be bothered with using contraceptives. And that's being generous.

The reality is that they are not "rare"; neither are they all that safe. Look up Kermit Gosnell, for one example. Just one. The media try to hide it by referring to "medical procedures" when there is a story where a botched abortion sends a woman to the hospital or morgue--if they bother to cover the story at all, that is.

And Kermit Gosnell, that was just a "local story". Nothing to see here; move along, prole.

Democrats want to make it easier for themselves to seize power.

The Babylon Bee has it about right.

A number of Democrats have proposed changes to the structure of government that they think would help them win, such as lowering the voting age to 16, abolishing the Electoral College, packing the Supreme Court, and changing how Senate seats are allocated. Now, though, some of the Democratic presidential hopefuls are attacking the heart of the matter: what they call an "outdated Constitution" that sometimes "allows Republicans to be elected."

All of these measures will fix that; if they get their way the US will become a Democrat-run country and there will never, never, ever be another Republican in high office ever again.

But as I've previously stated, I am fine with them reducing the voting age as low as they want to put it, as long as they also reduce the minimum ages for:

Smoking
Drinking
Driving
Buying any legal firearms, including handguns
Owning property
Taking out loans
Quitting school
Being drafted and/or serving in the military
Holding a full-time job
Getting married
Doing anything else that you currently have to be 18 or older to do

However, if you insist that 16-year-olds (or whatever age) are too young for those other things--that they're not responsible enough to have access to them--then they are too young and irresponsible for the franchise.

A national popular vote means these areas elect the President: 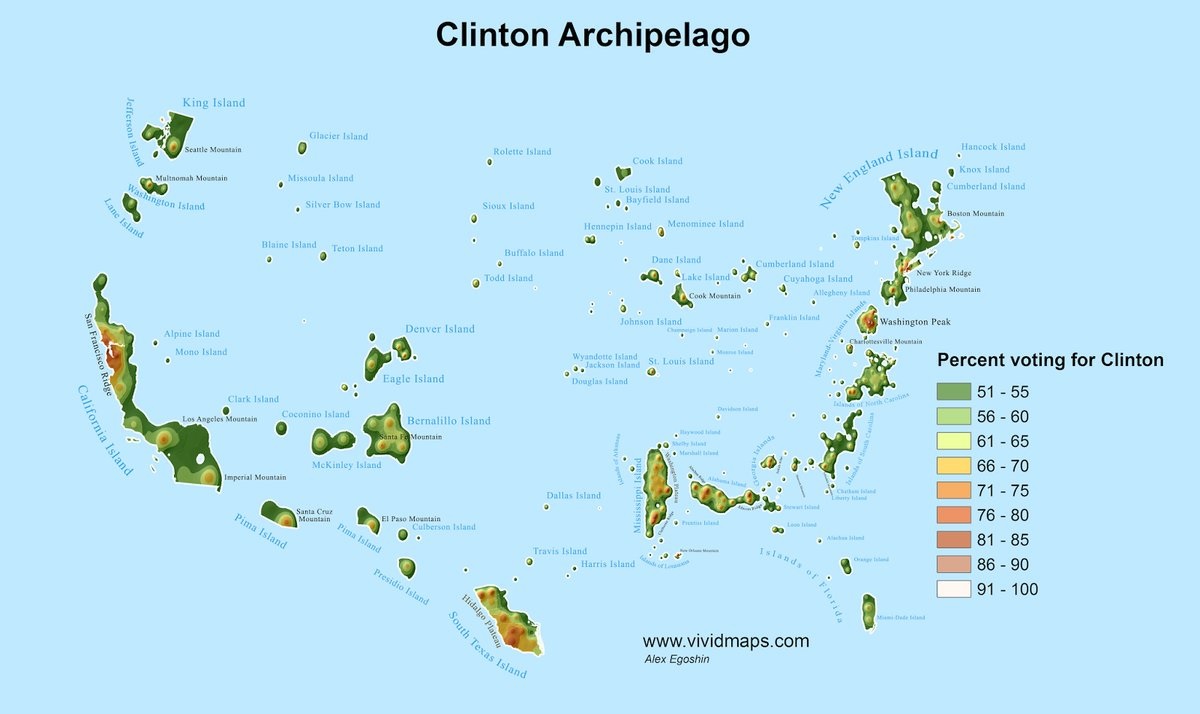 And the rest of the country is disenfranchised, having no say whatsoever in who becomes President.

New Jersey landowners are now going to be taxed on the rain that falls on their properties. You have no control over how much it rains, but you pay taxes based on it. That's just dictatorial.

In the same vein, "Secession" is a word that scares the shit out of politicians. I should like to see Illinos split into two states: Chicago and the rest of us. But it'd probably be "North" and "South" Illinois and the "north" part would likely include the Fungal Vale, so that wouldn't help me much.

Looks like France's biggest problem is islamophobia! All those Christian churches being vandalized, yep, we have a big problem with islamophobia, all right! Got to watch out for that!

Make Boeing certify the 737MAX as a new type, FFS. I don't think that's asking too much, given what's happened.

Today is only Thursday. *sigh*
Collapse