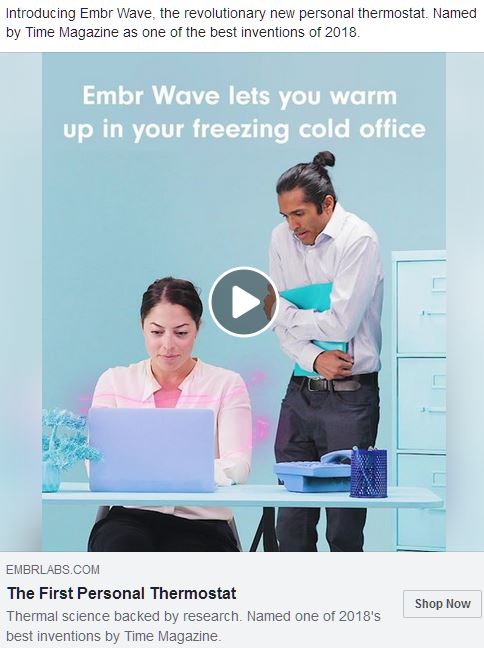 Very seldom are men the ones complaining about the air conditioning being up too high. That hipster shithead with the man bun needs to sack up and stop being such a pussy. What's wrong there Esmerelda? The testosterone injections not helping?

Smithsonian is going to honor Angela Davis, communist. Why be surprised by this?

At least they're not claiming it's heritable. "Morphological" means it's something that grows in response to a stimulus rather than genes. Like the callus on your middle finger from holding a pen or pencil. If you look carefully at the hand you write with, you'll see that there's a bump on your middle finger where the writing instrument rests when you're writing. Pick up a pen and start writing and you will automatically put the pen right on it. Actually, just a little bit south of it, because it serves as a fulcrum for moving the pen around. You're not born that way; it's a morphological change that occurs in response to learning to write.

Looking down constantly apparently prompts the body to grow a downward-pointing spike on the skull, where ligaments attach, because more strength is needed there.

I like your work--most of it, anyway--so keep your politics to yourself. That "edgy" period you went through was pretty stupid, because all the "edgy" characters you played came off as nervous and skittish, but otherwise you're pretty good at what you do. Don't spoil it by talking about things of which you have little to no understanding outside what your chic, hip friends all say.

Say Anything was one of his worst movies. When I thnk about it, I realize that he was actually trying to play it like Christian Slater in Heathers, who was himself desperately trying to be Jack Nicholson in that movie. But Say Anything was the first of several movies where John Cusack tried to be something he is not, to play roles he was not suited for--and it showed.

And so it goes here. As I said, I like the guy's work, but I do not consider him to be a tower of intellect. Ordinary intelligence coupled with acting talent and a late childhood spent filming and being tutored--and steeped in the usual leftist horseshit. Best for actors just to keep their opinions to themselves.

I've been saying and saying this:

Al Gore did a great job to dramatise the recurring cycles of glaciation and carbon dioxide in his widely acclaimed work of science fiction. But he missed two “inconvenient truths”.

First, the ice cores show that in the glacial spring-time the temperature rose before the CO2 levels rose. Therefore the rising CO2 cannot be a cause of the warming--it is a result of CO2 being expelled from the warming oceans.

Second, at the top of every summer-time in the glacial cycle, the high levels of CO2 in the atmosphere were totally unable to prevent the cooling into the next cycle of ice. CO2 levels fell later as the cooling oceans absorbed more CO2.

CO2 was not a cause of warming so much as it was an indicator of it.

Here's more about the glaciers disappearing from Glacier National Park by 2020. That one still makes me chuckle.

And it might be solar variability that causes climate change. What was it someone said about variations in the energy input? "Such a source would have to be on the order of magnitude of the Sun," went the tale. I can't remember it verbatim, worse luck. But that latter bit might explain the last, oh, million years of intermittent glaciation that this planet has experienced.

But of course if the sun is responsible for climate change, then the left has no reason to take over the economy to prevent it.

Not that a complete lack of knowledge stops any of them from declaring "this is the truth!" and lacing up their human-face-stomping boots in service to it.

This is not to blame liberals for wanting to help solve the problem. It's pointing out that the biggest problem that we face is not what we don't know, but rather what we are certain is true even though it isn't. Especially when it's fed to us by people who get paid to feed it to us.

That is exactly so.

If you're below the age of 18 in Vermont, you can't have aspirin at school without your parents' permission; but you can get an abortion whenever you want. One is a common over-the-counter remedy for aches and pains; the other is a highly invasive and dangerous procedure which must be carried out by an expert lest it cause internal hemhorraging and possibly death.

So of course you can't have aspirin at school without parental consent. I mean, you think we're crazy or something? We can't expose children to that kind of risk!

Related: "The greatest thing about Donald Trump is how his election has caused our enemies to reveal exactly what kind of seedy, corrupt weasels they truly are."

Having learned that hypocrisy is an essential feature of leftism, I am no longer outraged--or even surprised--at its exercise.

Give me a break. That won't have any effect on this year's celebration. It's June 18; all the fireworks that are going to be used on the 4th of July, 2019, arrived at the stores months ago. The shipping containers full of 'splody goodness leave China in freaking January (if not earlier!) to be in stores before July.

The article admits this down in the text, saying that besides the fact I cited above, the current tariffs don't apply to fireworks anyway. "But!" it breathlessly goes on, "by Labor Day! And New Year's! OH NO TRUMP THE TARIFF MAN WILL RUIN ALL THAT IS GOOD!"

Fuck it. I don't care. China needs to learn how to play fair in international markets.

Well, perhaps you should support the deporation of illegal aliens, then, buddy. The Democrat mayor of a border town doesn't like having illegals "dumped" in his town.

On June 8, Del Rio Mayor Bruno Lozano laced into staffers of Sen. John Cornyn at special meeting of local officials for not touring the city and taking a more proactive role in protecting border towns from the effects of illegal immigration.

Do you know what would protect border towns from the effects of illegal immigration?

Meanwhile, Big Mexican gang war near the border, and the losers come into the US and ask for asylum. Turn those bitches right around and send them the hell back. Shit.

Nothing like a tyrant, I always say. The douchebag president of the Forest Preserve board unilaterally canceled a Civil War re-enactment. Just, "Nope, we're canceling it, because I decided to. Fuck you, you racists."

Bowing to pressure from the entire rest of the board he grudgingly allowed the 2019 event to proceed but declared that there would be no further events of that nature, because racism.

The thing is, these kinds of events mean money, because people go to see these re-enactments and to see what life was like in the 19th century. It's interesting and fun. But of course becuase one side plays the Confederates, it's automatically racist.

Just another example of Democrats trying to erase the history of the Democrat party.

Sorry, young woman. Transsexuals are bigger victims than mere women, and so your Title IX lawsuit will be crushed. It's nothing personal; it's just the continuing destruction of society by leftism.

This is why you can fly for less than a week's wages. Back in the day when "jet set" meant "rich people who can afford to fly when they travel" that picture is what "economy" class looked like. That'd be a widebody airliner, like a 747 or something, but even so--

Putting in more seats makes each flight earn more money, which means the price-per-seat can be lowered.

Today, however, having exactly 22.5" per seat is a bit much.

I'd love to buy one of these, if I could but I can't because it's a one-off. Oh well.

The temperature is above 80 and the sun is shining. I'm a little scared.

Then I started getting ready for bed, and something scary happened. I could not see the left sides of things.

I could look at something and see it, but the left side wouldn't register until I looked at it with my right eye, and once I looked away it would...disappear.

I looked at myself in the mirror and stuck my tongue out, and smiled, and did other checks. Then I went into the bedroom, woke up my wife, and said, "Honey, do the words I am speaking make sense to you?"

By any reasonable measure, then, I had just ruled out a stroke, because I had none of the symptoms of one. Except the left sides of things kept disappearing. I knew they were there; they just didn't show up in my visual field.

"You probably have eyestrain. You were looking at the computer all day!" Anyway she had me lie down, and after a few minutes things were literally looking better, so I got back up, took a Xanax, and went to bed.

This morning, everything was 100% normal.

Yesterday I was awake at 9:30a (after going to bed at 9 PM the night before) and then ran all sorts of errands, including getting a new battery in the Jeep. From the time I got out of bed, it was go-go-go all day, including working, cooking and eating dinner, then putting Mrs. Fungus to bed and then writing for three hours straight.

About thirteen hours of looking at a screen, all told. And last night--after the Xanax had kicked in and I calmed down--I realized that this was simply a more severe version of the fatigue I get every once in a while when I'm working. Things will go kind of fuzzy on the left side of my visual field, and it's obviously (at those times) just fatigue or eye strain. Go into break, close my eyes and relax a few minutes, and it goes away.

I'm just not used to this kind of infirmity, is all. I'm 52 years old, and I am not able just to GO-GO-GO like I could even ten years ago. But last night I got into the zone and was just pounding out page after page, and I think I just didn't notice that I was getting too tired to work. I never used to have any trouble working on a computer all day.

Plus side, it wasn't a stroke and everything is fine and I just need to learn to take breaks from staring at computer monitors all day.

Well, tomorrow is an extra day off--because I worked Memorial Day--and I won't have to look at monitors, so hopefully that'll help.
Collapse