I've seen, periodically, a livecam that's aimed at the great big horseshoe in Altoona, PA. It's a big loop of railroad track, a place where trains change elevation in a pretty tight curve, because going straight down- (or up-) hill would be beyond the mechanical limits of the locomotive's ability to control speed. They make a big loop around so that they can lengthen the run, so that the grade is less steep. It's still pretty steep for trains, mind you, but it's usually within the ability of the locomotives. It's a vital corridor, too. It's four tracks wide and a lot of trains run through there. There are not many other places nearby where trains can go.

So, this evening, a train derailed on it. About 8:40 PM. I was perusing YouTube and came across a video showing the aftermath, but then I found the livecam and was able to look at the streaming record and go to the time when the actual derailment occurred. It's not on camera, but you can hear it as the three locomotives in the lead casually saunter through the camera's field of vision, heading uphill without the load it was just pulling.

Looking at the wreck, we see that there was a string of empty lumber cars near the front. It looks to me as if , and they derailed, falling on their sides. What happened, I think, is that the weight of the cars was insufficient to keep them on the track with the engine pulling an entire train's weight through them. They tried to make a straighter line between the locomotives and the load, and fell off the track in the process.

Can't remember what type of derailment it's called, so I was trying to do a search for it. The Wikipedia entry on derailments says this:

Boiler explosions had been noted in locomotive-type fire tube boilers when the top of the firebox (called the crown sheet) failed. This had to be covered with a significant layer of water at all times or the heat of the fire would weaken it to the point of failure, even at normal working pressures. Low water levels in the boiler when traversing a significant grade could expose parts of the crown sheet. Even a well-maintained firebox could fail explosively if the water level in the boiler was allowed to fall far enough to leave the top plate of the firebox uncovered.

Now, I'm not an expert at this kind of thing, so I must defer to all those 9/11 truthers out there who insist that fire cannot melt steel. That being the case, this kind of boiler explosion was flat-out impossible. Right?

Last Christmas Mrs. Fungus got me a mask and snorkel, because I'd mentioned wanting to be able to float face-down in the pool and still breathe. I got it out Thursday afternoon and used it to inspect the bottom of the pool, to make sure that the drain was closed properly.

I had noticed, early in the week, that the ground near the pool was staying soggy too long. I found that the drain cap was not tight, nor had the plug been inserted. That's on me. Anyway, I put the plug in and tightened the cap, but of course then it rained quite a bit Tuesday night, so the ground was still swampy. Argh etc. We'll see how it is tomorrow.

But I'd wanted to go around the perimeter and make sure everything was tight, and it is.

It's more than big enough for me, that's for sure.

Oh--it looks like I'm wrong. There used to be four tracks through that area, but one was removed in 1981 and it's now down to three. Even so.

Yes, you are SO funny, aren't you. Dumbass girl on video in a store, opening ice cream, licking it, and putting it back in the freezer. Now faces a "felony tampering" charge.

"One of the things that the USA has done very right is food safety. From refrigeration to packing to food handling, this country has never stopped trying to keep food as safe as possible."

Here's the thing. Imagine there was no video. Imagine, further, that this girl had hepatitis or something even worse, and no one knew she'd licked the ice cream, and someone ate it. Or, imagine that instead of licking the ice cream she sprinkled strychnine on it.

There needs to be real punishment for this.

As if I needed any more evidence that Rolling Stone doesn't know shit about music here they go an say that 1984 was the "best year" for pop music. 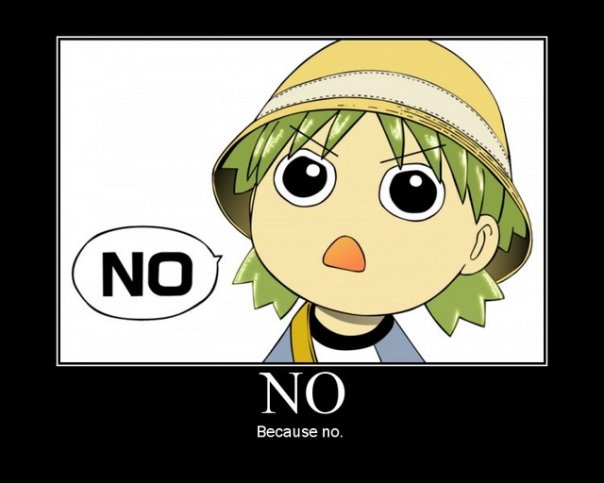 I don't know what year was the best for pop music, but I know that 1984 was not it. I strongly suspect any year in the 1980s was not it. And that's speaking as someone who came of age in the 1980s, who ought to be saying the opposite--but I am not, because 1980s music simply was not very good.

Understand that I do not hate the majority of music that came out in that decade; I simply don't think it's the greatest ever. Plenty of catchy tunes, plenty of fun songs--but no, not the greatest.

Some rabbi you are. Not being an expert on Judaism, I suppose I am speaking from an anatomically unlikely orofice here, but it seems to me that if the Mosaic Covenant was broken it was people who did it, not God.

The Old Testament in the Bible is essentially the history of Judaism prior to the birth of Christ. It tells a simple tale, over and over again, of how the Jews were chosen by God and had good times, then forgot God and fell away from Him, and were punished, only to be delivered from their woes after coming back to God. Over and over again this happens, each one a parable of fall and redemption.

The Holocaust may have been another one of these stories. For a freaking rabbi to imply that the Holocaust happened because God abandoned the covenent--it just boggles the mind. It ignores thousands of years of history of the jewish race.

But of course modern leftism is so much smarter than anyone in history... *rolleyes*

Why are you surprised? The Chicago Public School system is a wholly-owned subsidiary of the Democrat Machine. Waste and fraud are what they do. So, sure, they'll throw away an entire dumpster-load of usable books; why not? After all:

This happens every single year, but under the radar and out of sight. We also told everyone about pallets of computers and printers and assorted software, still wrapped in plastic and sitting in school storerooms across the city--because if CPS doesn't spend the money, they might have to return it to taxpayers. And that is a no-no.

Chicago teachers just got a 14% "cost of living" raise. The same inflation that our government has said isn't happening apparently leads to a 14% raise for government employees.

I sure would like to get a 14% raise simply because I kept my job another year.

But it brings up an important point.

The necessity of freedom of speech does not extend merely to people being allowed to be critical of government.

You cannot counter a conviction or an ideology if you suppress the expression of it. The sense of exclusion and oppression will help it to flourish. It will grow in the darkness, and you will lose all knowledge of its extent or its virulence. You will also lose any skill you might have at arguing against it. And one day, when it's grown muscles and become confident, it will roar out of the shadows and take you by the throat.

Rush Limbaugh often talks about "the marketplace of ideas". I'm sure he got that notion from elsewhere, but he's my source for it, and it's really an apt description of what a fully-functional republic needs.

If you want to talk about "the national debate" or "the national conversation", freedom of expression is an essential component of it. All voices must be allowed to speak; they must be given room to say what they want to say. They must not be shouted down, drowned out, vetoed by hecklers.

...because any cause that is allowed to fester in total darkness, unseen, can later erupt without warning.

And besides, the people who are making this argument about playing Nazis in video games are the same ones who scoff anytime someone says that certain types of music cause suicide.

I am constantly amazed that an unhinged leftist like Joss Whedon was capable of writing a character like Malcolm Reynolds. After reading the tweet embedded in that post, I am desperately trying to figure out what color is the sky in Joss Whedon's world.

Chicago failed at bribing the Olympic committee. Why am I not surprised? Remember how Chicago was out of the running after the first round of balloting by the committee? After then-President Jugears gave a speech extolling the wonders of Chicago for the 2016 summer games?

Still can't help some schadenfreude, though, over the water conditions. Lake Michigan is clean, so clean that Chicago gets its drinking water from it. Can't say that about Rio de Janeiro, now, can you?

Gay rights organizations don't care about Andy Ngo because he's got the wrong politics. He's gay, but he's a right-wing gay, so as far as the gay rights people are concerned, he doesn't exist.

Funny, isn't it? Gay rights people siding with the people who mobbed a gay man? Almost as if they were communists first and gay second.

Democrat politicians have all sympathy for illegal aliens. They have none for victims of illegal alien criminals.

Nancy Pelosi always makes me want to vomit, but this kind of shit just makes it worse.

Yesterday I had a headache that alternated between "oof" and "migraine" just about all day long. It finally went away around 10 PM-ish but it left me feeling drained and irritable. Today I woke up with a crick in my neck. Probably related.

And when I did wake up, it was to thunder, because it was raining. So, probably won't cut grass today after all. It's sunny now, though.

...but last night I saw lights on over at Joe's place, and cars in the driveway all night. Today there is a pile of stuff at the curb--things being disposed of, presumably due to water damage--and more activity.

I really do hope they're staying. They're good neighbors. The fact that they're doing all this work on the place would seem to indicate they are intending to remain, because if you're going to abandon a place why bother to clean it?

I do notice that the PT Cruiser hasn't been moved at all. I wince to think of what its interior must be like. The big worry there would be the electrical system; water should not have gotten into the engine as it should not have been deep enough to get to the intake. But, who knows?

And it's Saturday, a day of rest, and I want to rest.
Collapse