When the autopsy on the decedent's body reveals injuries which are usually caused by an attempt at murdering him.

Among the bones broken in Epstein's neck was the hyoid bone, which in men is near the Adam's apple. These breaks can occur in those who hang themselves, particularly if they are older, according to forensics experts and studies on the subject.

But they are more common in victims of homicide by strangulation.

Even Jonathan L. Arden, president of the National Association of Medical Examiners, admitted that a hyoid break is more commonly associated with homicidal strangulation than suicidal hanging.

In other words, yeah, maybe he could have strangled himself and broken his hyoid bone in the process, because that does happen sometimes. But it usually happens in cases of murder.

Karl Denninger is more skeptical than the ZeroHedge article is.

Allegedly Epstein's hyoid bone was broken at autopsy. While this is possible during a suicide by hanging it's unlikely. It is, however, very common when someone is murdered by strangulation.

The reason is where the stress is applied when you hang yourself .vs. when you're strangled. They're not identical acts and the force is not applied the same way.

There is a lot wrong with this, of course. There are a lot of rich and powerful people related to Jeffrey Epstein who stood to lose a hell of a lot from his testimony, and it seems that he had a great deal of incriminating evidence stockpiled. A great many--too many--powerful people stood to gain a lot from Epstein being dead.

Not to mention the fact that people who have incriminating evidence against Bill and Hillary Clinton have an alarming tendency to commit suicide, suddenly, without any prior warning. And Epstein had a lot on Bill Clinton.

Well, why the hell should they be allowed in? The left is all up in arms over Horseteeth and the representative from Little Somalia--both noted for being anti-Israel--not being allowed into Israel. Because of their anti-semitic remarks.

I think that they absolutely should be barred from entering Israel. I think anyone who badmouths a place should not go there. You don't like it? Don't go, but don't complain when the people you're lambasting say, "No, you're not invited." WTF, talk about being entitled....

So, why do people get upset over "drag kids" and "drag queen story hour" for children?

A mother is concerned that "online culture" is "...a system...purposefully created to disillusion white boys away from progressive/liberal perspectives." I agree with the writer of that post that this is a good thing.

I have never met a progressive/liberal perspective that builds anything up. They only destroy. I love the idea of the public library as a repository of knowledge, with free access to it for all people.

Progressive perspectives are the kind that causes politicians to give working-class people in an economically depressed, rust belt city a condescending lecture on how they have white privilege rather than show any empathy to them whatsoever.

Progressives do not develop new technologies, they teach that "engineering rigor" is white supremacist and requiring precision in math is bigoted.

And on, and on, and on. Socialism is a net consumer of a society's wealth; it cannot be otherwise. The ideologies that support it are similar in that they do not create, but destroy or subjugate.

And that shows in what they do.

That post links to, and blockquotes, this article in the Washingtonian about how a 13-year-old boy turned to white supremacy...after the school system tried to crush him for a joke he made to one of his friends.

Who was living upstairs in the room with the bunk beds, surrounded by glow-in-the-dark solar-system decals? I couldn't understand how this had happened. The situation was ludicrously overdetermined, as contrived as a bad movie. My husband and I poured everything we had into nurturing an empathetic, observant child. Until then, it had seemed to be working. Teachers and family friends had always commented on Sam's kindness and especially his gentleness toward the "underdog." Then an internet chorus of alt-right sirens sings their song of American History X to my kid and he turns into the evil twin of Alex P. Keaton: merciless, intolerant, unwilling to extend the benefit of the doubt to anyone.

The pendulum had swung. And now it was stuck.

I trained myself to freeze my facial expression into something neutral so that when I countered Sam's remarks--"Feminists keep divorced dads from seeing their kids" was a favorite--it would seem as if I'd actually considered his perspective. I tried to tell myself that at least he was talking to me. And at least he cared about something again; he was animated and engaged.

I did try to clear my own mind enough to understand some situations as he did, such as his belief that the men's-rights movement restored justice to the world. Sam pledged fealty to the idea of men's rights because, as he said, his former administrator had privileged girls' words and experiences over boys', and that's how all of his troubles had started in the first place. I'd never in my life backed the "masculinist" cause or imagined that men needed protecting--yet I couldn't help but agree with Sam's analysis.

That's because, you fucking idiot, your kid is right.

Of course, she was able to deprogram him and get him to be a leftist again. Maybe the next time he's mugged by progressives it'll stick.

More evidence surfaces that Googe is trying to influence elections.

Town tries to keep out Hasidic Jews. Really? What is this, 1939?

The town officials are on record saying things to the effect that they want to keep out "the Hasidic" and "If there was any way we could choose who could live there we would do it. But we can't." And so their remedy is to throw as many roadblocks in the way as possible.

"We're doing what we can to alleviate 432 Hasidic houses in the town of Chester," [former town supervisor Alexander] Jamieson said at that heated town meeting.

"Every day," chimed in Robert Valentine, the current town supervisor, who at that point was on the town board.

If they were doing this to black people or hispanics--if he'd said "We're doing what we can to alleviate 432 black houses"--but they're not; they're doing it to Jews, who are lumped in with whites for purposes of demographics. So, who cares, right? *rolleyes*

If you slant your coverage to the left, do not be surprised if only leftists read your paper. That's the future in store for the New York Times.

"Jokes about Epstein's impending suicide went for silly to true. It sucks." Indeed it does.

The CNN host asks her if that means prosecuting gun owners who refuse to participate in the buyback.

Senator Gillibrand then goes into hemming and hawing. I think she realizes that saying "yes, I'm going to charge millions of gun owners with a federal crime because they refused to sell their guns to the government" sounds bad.

But, she's painted into a corner where without enforcement the law is meaningless. 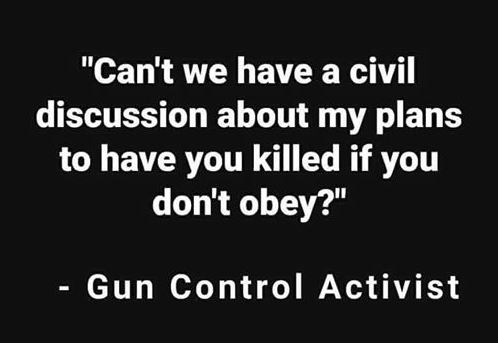 The man who acts as his own attorney has a fool for a client. Especially when the charge is murder.

"...[W]e should always be aware that much of the economic numbers that come out of China are either flat-out lies or at best, exaggerations." Why does anyone ever trust numbers from communists?

Charging them as adults is a great idea. Because if they hadn't been out in Lake County stealing an armed man's car, their friend wouldn't be dead.

And not to put too fine a point on it, but they were driving a stolen car which was apparently full of loot burglarized from other places.

The public schools in big cities are universally shitty. NYC rules the roost, though.

The sad thing is, there were all these neat things they could have done but that NASA didn't need. NASA's manned mission was to fly Space Shuttles to ISS, and that is it. End of list.

I don't think the pilot "nearly buys the farm" on this one. At the point pictured in the photo, the airplane's tail has already hit the ground. If from there he'd belly-flopped it, the plane would have been damaged but I don't think anything else really bad would have happened. Provided there was a nice clean runout area to the right of the picture, that is.

FAA might have pulled his aerobatics ticket, though. If there'd been a crash.

Well, tomorrow is Friday, at least.

"Many residents previously told the Sun they believed the trees, which were planted in the 1960s, stemmed from racism".

Here's the thing: country clubs are (or used to be) clubs which one had to join and pay sometimes exorbitant membership fees to. They were meant to be exclusive, and if you wanted to be on the course you either had to be a member, or the guest of a member.

And so they'd have barriers to entry. Trees, landscaping, fences in some places. Yes.

Besides acting as a barrier, the trees serve another purpose: they help to prevent golf balls from leaving the fairways and hitting peoples' houses.

So here's what will happen next. The trees come down, some asshat's kid gets nailed by a golf ball, and then the asshat sues. Of course.

Stop right there. "While most wait until Mr Right comes along and they are financially stable, others take matters into their own hands." That's not even remotely true. "Most" women do not do that, at least not in the United States, not with Uncle Sugar Daddy all ready to give them WIC and food stamps and housing assitance and-and-and. A woman who plays her cards right can work a job that earns about $20,000 a year and get an additional thirty thousand dollars per year in government assistance.

Of course, then the "baby daddy" can be on the hook for child support for the next 18 years. I'm not sure how it works in England but I do know that a single woman with a child can live quite nicely on the dole over there.

David Mamet's latest play Bitter Wheat opened in London's West End in June to largely negative reviews, which is somewhat surprising, because it's terrific. Then again, maybe it's not so surprising. Most theatre critics are bleeding-heart leftists, and following his embrace of a more conservative attitude, they simply regard David Mamet as a traitor. It's petty, but it really is that simple.

It most certainly is.

I just get the blog post up, and then suddenly there's more stuff to comment about. Oh well!
Collapse