Keeping trophies. Dumping bodies and body parts. Why are there so many cases like these?

Further, why are there illegal abortion clinics? We're told that abortion must be legal because otherwise women will be forced to get their abortions from illegal sources--this is the flimsy, rickety stand on which they base their "health care" claims--so why do these "back alley" clinics still exist?

Related, same source, At what point is a woman responsible for the health and welfare of her child? Is it before or after birth? If before, when? The post asks the question in eight parts, some of them pretty gruesome--but logical.

There is good news, though, for those of us who think it's wrong to kill babies.

That German girl, the one we're supposed to listen to about climate change, supports antifa. Her parents certainly do. 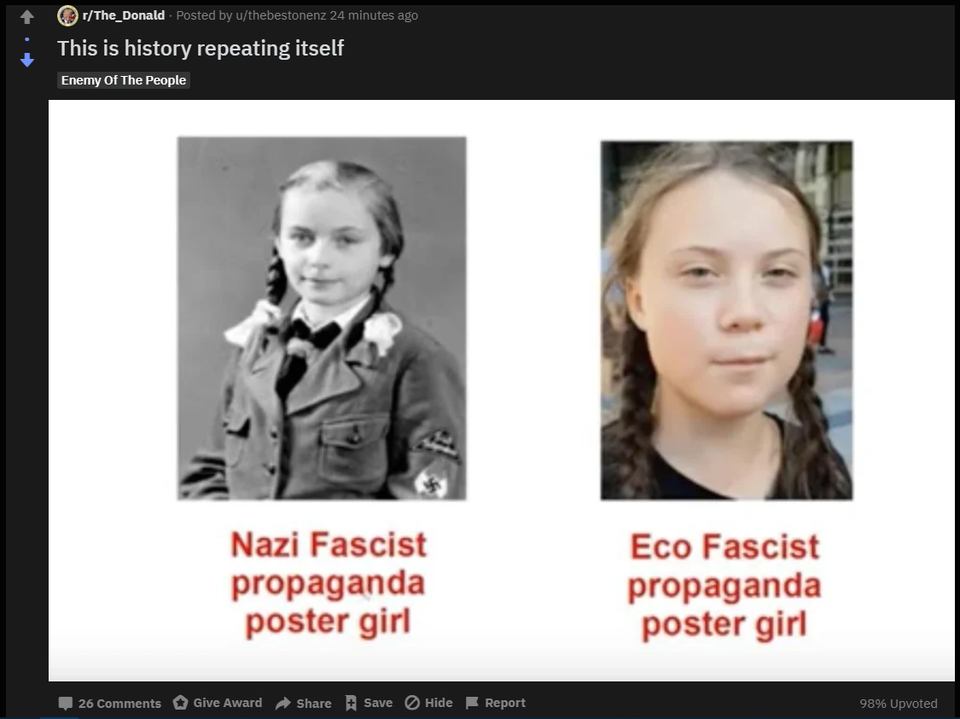 Just remember that antifa was originally a German socialist totalitarian front. Germany was going to go socialist one way or another; it was just a toss-up whether it would fall to National Socialism, or to the communists. The anitfa goons were the communists, and they lost.

Which, if you think about it, kept the entirety of Europe from falling to communism by 1950. Without Nazi Germany and WW2--

Anyway, big surprise that a climate change puppet is also an antifa puppet.

And "climate change" is just the latest bugaboo in the eco-doomsayers' long history of trying to scare us into giving them complete control over our lives.

Well, it's looking as if Joe Biden is toast. It's looking increasingly likely that Elizabeth "Fauxcahontas" Warren will face Trump in the 2020 election.

That ought to be entertaining.

The inevitable consequence of government confiscation of firearms is mass executions of civilians.

Today it's drizzling and humid, just sticky enough to keep the AC on. I'm just as happy; although I seem to have recovered from whatever malaise was effecting me, I'm still not feeling particularly energetic.

Oh well. Might as well be lethargic while I can afford it; my new job starts Wednesday.
Collapse