That is an interesting headline. Hezbollah is a Lebanese terrorist group turned quasi-political entity formed in 1985 to fight Israel.

Why should Hezbollah have anything to do with the Iran deal? Lebanon is 900 miles from Iran.

It's because Hezbollah is backed almost entirely by Iran, serving as Iran's anti-Israel proxies in the region.

Hezbollah, in fact, "SMUGGLED TONS OF COCAINE INTO THE U.S. DURING OBAMA ADMINISTRATION."

The sitting United States President allowed an Iranian backed Lebanese terrorist group to sell cocaine in the United States, by way of Mexico--presumably with the help of the cartels--to raise money to attack Israel, so that Iran would sign a deal that only delayed their development of a nuclear weapon until Obama was out of office long enough not to get the blame for a nuclear Iran.

That's pretty fucking awful. For all those who said what Trump did in Ukraine was treason, what do you call this fuckery by Obama?

They call that "statesmanship" because when one of their guys commits a crime to advance anti-Americanism in the world it's all part of being a "fellow traveler".

Read the rest of that article. It's chock-full of good reasons why killing Soleimani was a just and necessary action.

The press is wetting itself in excitement over the idea of Iran striking back and killing Americans because they desperately want something to happen that will make Trump look bad. And of course it's not the press which will be getting killed in those attacks, of course, nor members of the elite; it'll be proles, you know, the kind of people John F'in Kerry denigrated as being unable to do anything other than be cannon fodder. Proles are expendable, right? "Omelettes, eggs, know what I mean?"

NYT printed a hagiography of Soleimani, calling him a "warrior-philosopher", and the media are chock-full of other examples of fake American reporters spooging their jeans over a dead terrorist butcher. "For decades now," oozed an article in NYT, "the United States has often seemed driven to hurt Iran."

Yes! Since about 1979, when Iran committed an act of war against us!

What is Islam good for besides murder? They've been telling me "they invented algebra" since the day they killed 2,994 of my countrymen on September 11, 2001.

Anything since the sixteenth century, or is that it?

No, that's pretty much it. Algebra. Oh! And the concept of the number zero. Otherwise, nothing but murder and horror.

I don't think Iran understands how devoutly the general American public would like this. Please name names and publish proof! We beg you to tell us who we need to tar and feather and run out of the country on a rail.

Meanwhile the rest of their terrifying and horrible vengeance consists of them firing rockets at military sites in Iraq because that's what they've got. They launched "tens" of them. That's the word the Iranians themselves used, "tens".

"You know who wasn't out of weed after the weekend?" Asks Second City Cop. "Your street corner dealers."

After five days, the legal dispensaries ran out of pot. But the black market guys still have plenty.

And the first robbery of a pot dispensary took place after a whopping five days had elapsed. Heh.

Autoplay warning: Chelsea Clinton made nine million bucks for being Chelsea Clinton. Not bad at all--take a sinecure on the board of an internet investment company, get paid $50k in cash every year and a certain amount in stock, all solely because your dad was President, your mom was almost President, and the guy who owns the company is friends with them.

Must be so rough.

It's almost as if the left wants there to be an excess of crime or something.

The brush fires in Australia were deliberately set by criminals and lunatics. They are not a result of global warming or climate change.

Elderberries have rather a good deal of medicinal value. How interesting. Just...don't have any elderberry wine if you're visiting the Brewster sisters....

...the Brewster sisters.... Sheesh, you guys are a bunch of philistines.

Yes, it was quite a nice thing to hear. 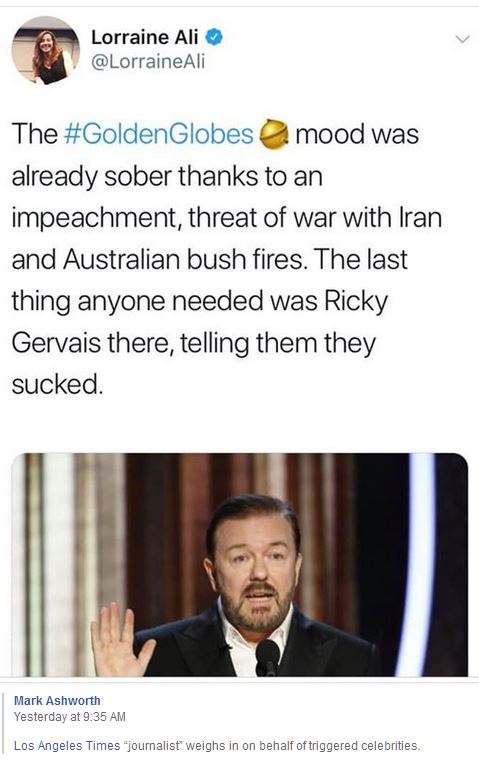 The butthurt whining of the leftists is also most entertaining.

Speaking of "butthurt whining" there's this: 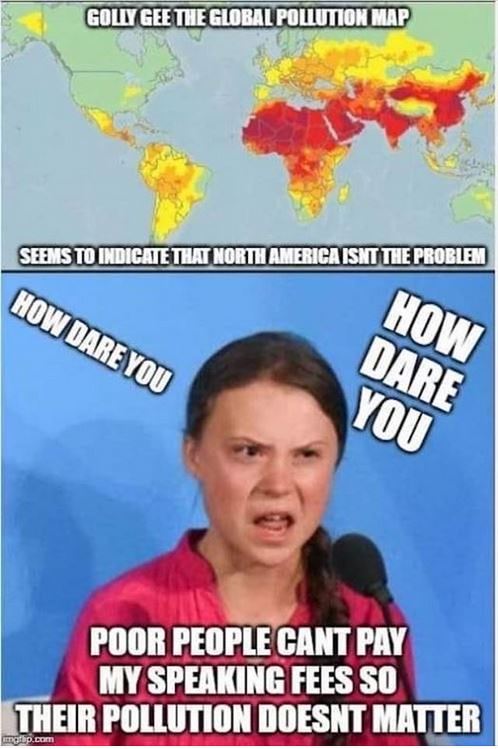 This was posted on Facebook with the comment, "Has to be the most IGNORANT meme I've seen in a while" because the guy could not argue the facts of the thing.

Pixy Misa posted something today that I wanted to blockquote:

I mean they couldn't not, could they?

A single $4,000 processor is faster than $20,000 worth of Xeon processors. Gee--which company is hiring for "diversity" and which is hiring for competence?

Speaking of which--FAA found out, while working on recertifying the 737MAX, that the control buses for the plane's elevator are subject to crosstalk. The article I read kept talking about "short circuits" but the phrasing wasn't exactly thus. To me, it read like it had been writteen by someone who didn't understand the concept of inductive and capacitive coupling of parallel conductors, and why something like that can be bad when you're talking about a digital data bus that's sending movement information to control modules.

Let's face it: short circuits--where wires chafe together and end up making direct electrical connections to each other--are extremely unlikely in modern aircraft.

Anyway, this issue is making it that much harder for Boeing to resume selling the stupid things.

The problems of moving to electric cars.

So, the pair of OBDII-to-Bluetooth adaptors I ordered arrived this evening. I'll fiddle with them later on this week. The new tank petcock for the motorcycle should arrive either tomorrow or Thursday.

Meanwhile, had a gander at mangadex.cc and read the entirety of the extant chapters of, uh, "Ore wo Suki Nano wa Omae Dake ka yo" which approximately translates to "The one who loves the great me is only you?" Anyway it was entertaining stuff.

From that latter, I can't think of any situation where this would be the correct thing to take: 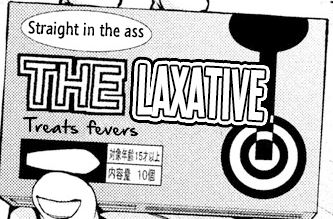 I got a good laugh out of that one.
Collapse