Trump tweeted our CNN clip from 2 days ago. Friends are now concerned about my safety. I refuse to be intimidated & bullied by bad faith actors who cry fake victimhood, whining about a harmless, silly 30 second clip while endorsing Trump, a cruel vulgarian who debases everyone

And someone else responded with the quote I used as the title for today's post.

Meanwhile, the host of the show himself claimed that he was laughing his ass off at jokes he didn't hear.

Trump condenses it to a pithy statement, as usual. I used to admire John Bolton; but now that he's revealed his true colors, I realize he's not what I thought he was. Is not, in fact, what he presented himself as.

Reporters really are not all that bright, though. This fucking asshat aimed a freaking gun at his cameraman and pulled the trigger and if there'd been a round in the chamber--

Speaking of gun control stupidity, it took all eight of you to get that non-functional revolver off the streets, eh?

"This firearm may not look like much, but it is still very dangerous in the wrong hands." Whose? There's no fricking hammer! Maybe if you gave the thing to Chuck Norris it would be "very dangerous" but it's not even a good club like that.

I haven't the faintest idea what this means but it all looks like a massive wad of "no good at all". The Democrat party is very heavily anti-semitic, which is not surprising at all considering that the entire history of socialism is anti-Jew.

Hmm, this is interesting: a video on YouTube says "Gravitational waves from Betelgeuse--did it explode?" I was under the impression that gravity waves moved at the speed of light, not faster--so if Betelgeuse did explode, we should have seen the light of the explosion about the same time we detected the gravity waves. (And, as I've parenthetically observed before, a surge of neutrinos.)

On Amazon Prime this spring will be Tales From the Loop and I can't frickin' wait. 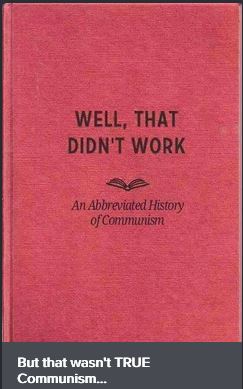