Started this afternoon, right on schedule, and has continued for over six hours. About three inches or so, more or less. Have errands tomorrow (took a pre-planned day off, using a "floating holiday") but I'll blow down the driveway once we're home from that.

This is a pretty good examination of what's wrong with the new Harley Quinn movie. Basically, without her "Mista J" she's really not all that interesting a character.

The embedded clip from the animated Batman series--which was, by the way, excellent--is probably one of the best encapsulations of the Joker-Harley Quinn dynamic. (Also by the way, I still find it unbelievable how f-ing good Mark Hamill did that role.)

Without that dynamic, though, the character is just a murderous bitch. Boring.

One of the best jobs of whitewashing ever done was how the left has rewritten history so that McCarthy was wrong about the communist menace.

This was an ugly, awful and evil time in America. It was a period of time fed by fear and ignorance. While it is true that there were Americans who identified as Communists and embraced the politics of the Soviet Union, we scared ourselves into believing that communist subversion was everywhere and that America was teetering on the brink of being submerged in a red tide.

The problem with that is, after the fall of the USSR, a whole bunch of information came to light showing that, if anything, McCarthy understated the extent of the leftist infiltration of America. There really were reds under our beds, in every important respect; in McCarthy's day, they were in the process of insinuating themselves into all levels of government and academia.

It could have been stopped, then.

Far from being a "witch hunt", McCarthy's House UnAmerican Actvities Committee was in the process of discovering just how far the rot extended.

As pernicious as socialism and communism are--as evil and murderous and oppressive as they are--I think McCarthy's reaction to the threat was appropriate, and that extends to the Hollywood blacklist.

Jalopnik writer is butthurt over Air Force One's new color-scheme-to-be. I'm not sure why.

...I stopped reading Jalopnik a long time ago because Gawker Media. Oh well.

I'd make one correction here. The last time that there was a supernova in our galaxy--and which was actually visible from Earth--was Kepler's Star in 1604.

I don't know if any of y'all have ever read Antares Dawn by Michael McCollum. It basically starts when Antares blows up.

Although it really is not, that story has always felt a little derivative to me. The starships in that universe basically use the Alderson Drive from Jerry Pournelle's Co-Dominium universe, which is also the universe of Mote in God's Eye...and it feels like McCollum lifted the starships right out of the Imperial Navy from there.

That feeling goes away perhaps a third of the way into the book. The two books (Mote and Antares Dawn) could not be more different in terms of plot--and let me stress that Antares Dawn is a really, really good story. What I expect happened is that McCollum read Mote in God's Eye and then had this idea for his own story, but to make it work, FTL had to be accomplished using something like Pournelle's Alderson Drive.

Because after Antares blows up, the FTL drives stop working...and when people figure out why they stopped working, they discover an alien race (the Ryall) who are not even remotely friendly....

But in the early chapters of McCollum's book he describes what it's like to live on the main characters' homeworld, seeing the Antares supernova in the sky. I don't remember how far they were from Antares--something on the order of 100 to 200 light years. But in my head I have this mental image of the Betelgeuse supernova remnant in the sky, shining bright enough to read by.

If it happens in summer I am going to be pissed, because all it'll be is a bright star that's visible in the day sky, and by the time winter comes around the brightest part will be over.

WITHOUT, by the way, being part of the stupid Paris Accord. 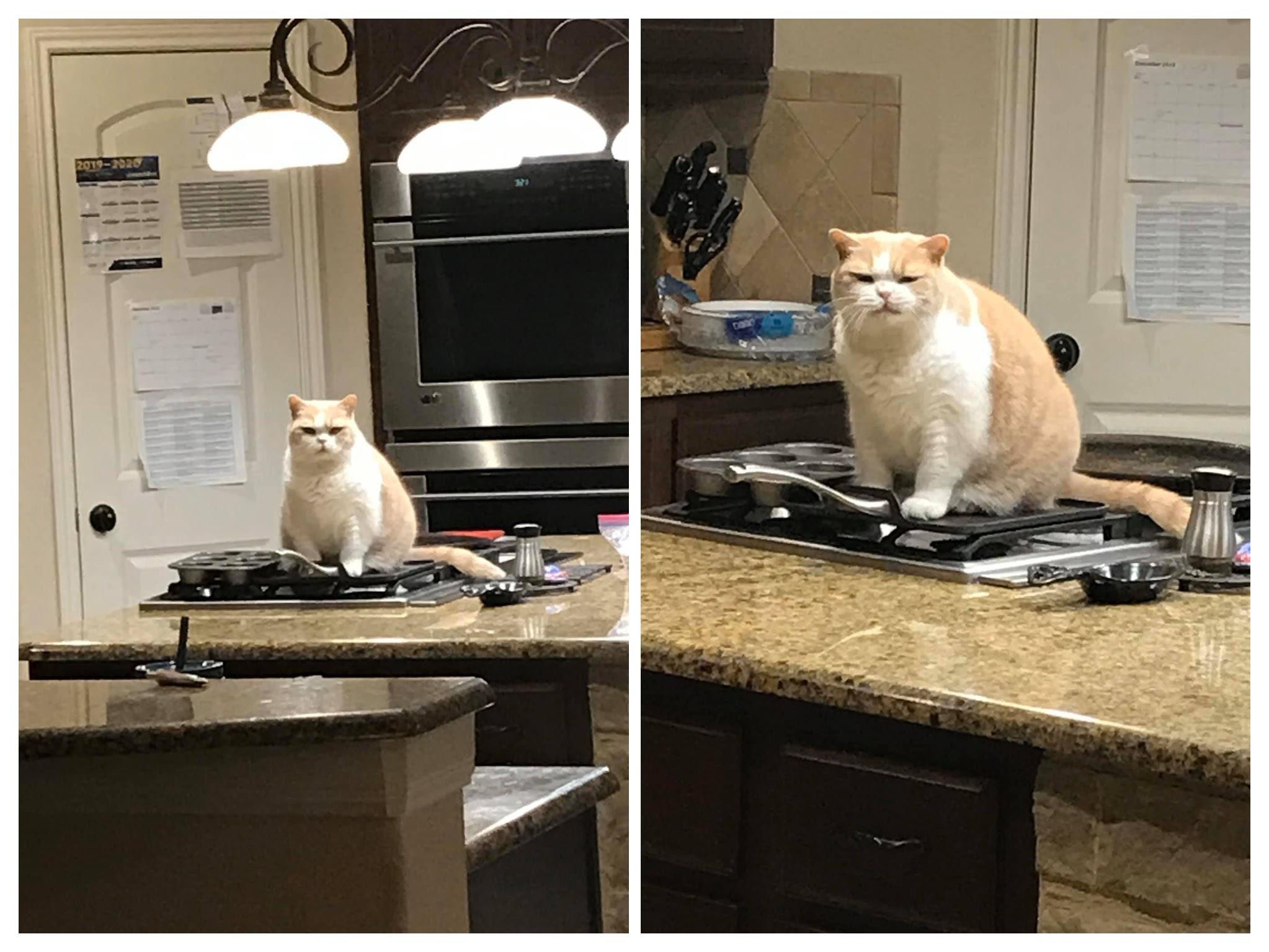 Jon: Garfield, you shouldn't sit there.
Garfield: What else is a bun warmer for?