So, little problem with AV. The direction that the story has to take involves getting a character to break character, to do something he would never, ever do, and which was made blatantly obvious by everything he's done so far in the story, just about.

Remember that little deus ex machina I was worried about? Well, guess what? That was what did it. And it did it so smoothly, so seamlessly, it was like watching a master atelier pour cake batter into a pan. I mean, it didn't feel contrived or rushed or anything--it just descended naturally from what I'd already written.

Limbaugh always says, "Talent on loan from God," and while I don't ascribe any such loftiness to my ability, I nonetheless know where my meager knack for stringing plot elements together comes from. It is not from me.

John C. Wright, who is a good storyteller, discusses the new SJW heroes that Marvel is wanting to inflict on the comic-buying public.

The morbidly obese indian girl gets renamed "Fat Chance" in that article, because--let's face it--she doesn't have much control over what comes out of her magic backpack. And then Wright goes on to detail exactly what happens to these useless morons when they go up against a seriously last-place supervillain from the Marvel Universe.

STILT MAN would be limited only by his own willingness to commit violence against them. They certainly wouldn't be able to stop him.

This is marvelous and wondrous and perfect in every way. Quoth CostCo, caps theirs: "RETURNS WILL NOT BE ACCEPTED ON TOILET PAPER, PAPER TOWELS, SANITIZING WIPES, WATER, RICE, LYSOL."

I noticed that the nearby Jewel had also stated that for the time being, no returns would be accepted on anything. I had thought it was because nobody wants to get back a handful of COVID-19 with that can of baked beans, but the CostCo announcement puts it in perspective: YOU BOUGHT IT--NOW USE IT.

It doesn't matter how much you wish you hadn't bought those eight cases of toilet paper; you're stuck with them. It doesn't matter if you won't use eighty pounds of rice in the next year; better find some recipes for it. ("EBay!" No. Just have a look and you'll see why that's a non-starter.)

This makes sense for many reasons. Not just the "handful of virus" thing, but because what are stores going to do if all the hoarders return their toilet paper thrones? How would you like to have your regular stock of toilet paper, and then have a bunch of fucking idiots return about that much more toilet paper, so all your inventory space is consumed with it? And the same with any other commodity that people were hoarding.

The fact that it makes the hoarders lie in the beds they've made just makes it better.

In that vein, I went to the store today. Their stock is slowly recovering; although they were still out of nearly all paper products, their bread aisle was almost fully stocked. I didn't look at chemicals but my wife would have killed me if I didn't check the TP.

So, I'm not worried, particularly since we're still allowed to go out for supplies.

The thing that does bug me is that the hardware store closes at 5 PM right now. I need a new bulb for the stove; recall that after the LED bulb blew I had to buy a filament-type because that's all they had in that size. Well, I'll just have to hit Menards tomorrow after work, I suppose.

This thing has gotten bad enough that Madonna posed nude again and if that ain't a sign foretelling Nostradamus' 396th antiChrist, I don't know what is.

Earth to Madonna: YOU'RE OLD. NO ONE WANTS TO SEE YOU NAKED. NO ONE. Speaking as someone who actually bought the issue of Playboy with her naked pictures, 'way back in like 1986, when she had some modicum of youth remaining. (BTW, she was nothing special to look at, so I ended up drawing mustaches on all her pictures.) (ABTW, she apparently did not understand the basic function and use of a razor.)

Apparently a certain number of Waffle Houses are closing for the duration, which is actually a harbinger of the apocalypse....

Like Justice Ginsburg, Joe "Where are my pants?" Biden is basically in hiding. It's gotten to the point that I'm starting to feel sorry for Biden. This is a man whose mental faculties are failing badly. He should be allowed to rest; he's obviously not fit to be President--and I don't mean that in a snarky "this is the standard that Democrats set for Reagan and Bush" but actual real fitness.

When an elderly person's faculties begin to decay like Biden's have, it doesn't mean you take them out back and shoot them; but it also doesn't mean you put them in a position of responsibility. It seems fairly obvious that he wouldn't pass a basic competency test.

It's not his fault. I'm not trying to insult him and I'm not wishing ill on him. On the contrary; I think the Democrats need to accept the fact that Joe Biden cannot be President. I want them to let the man retire while he still has some shred of dignity remaining, instead of pushing him around like a prop only to fall on his face in one way or another.

But of course if Biden is out now, who is their nominee? And what happens to them in November when that mystery man has to get votes?

No, Biden's got to remain in the running until the convention, which is when the Democrats can broker in a proper candidate who won't lose massively to Trump. Andrew Cuomo looks like a possibility.

Or, perhaps they could be working true to type: Biden announces that, oh, Kamala Harris will be his running mate. Somehow he wins the election. Shortly after January 20, tragedy strikes: President Biden fell in the shower and hit his head on the bathtub rim six times. Kamala Harris is sworn in post-haste.

Maybe they don't wait that long. Biden dies "unexpectedly" on the campaign trail, leaving Harris to pick up the pieces. "Vote for Joe! Honor this statesman's memory! Then you'll get your first african-american woman President!"

I do know that Joe Biden will not long survive as a candidate after the convention. I just don't know what form it will take; will they kill him in some deniable fashion (like Jeffrey Epstein and Vince Foster and-and-and) or just send him off to some plush old folks' home?

Whichever it is, he's not going to be President.

Speaking of the Democrats' evil politicking with the relief bill....

Trump should get out in front of [the relief bill], set the parameters, and pin the onus on getting it done on Congress, and do it in such a way that makes Congress the bad guy if they try to play their usual little reindeer games.

That was written yesterday, before the Democrats realized they were painting themselves into a shit sandwich.

Hydroxychloroquine seems to work fairly well, every time it's tried.

BTW THE ACTUAL DRUG IN THE CORRECT DOSE YOU STUPID MOTHERFUCKERS not aquarium cleaner FFS.

Can't find the link to the exact cartoon, but over at Saturday Morning Breakfast Cereal I found this one; for some reason it's stuck in my head today: 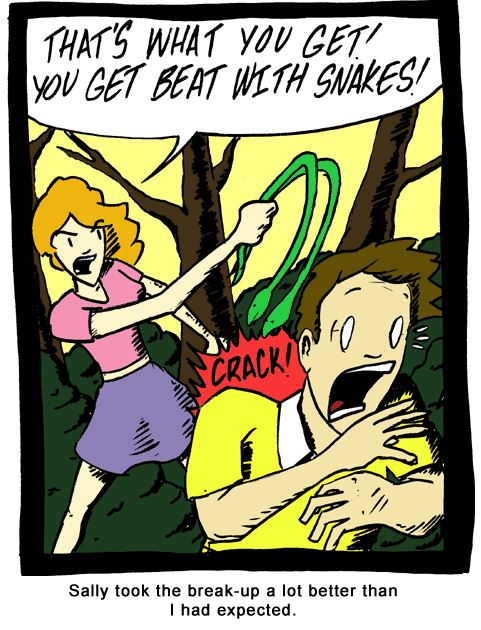 It's a very funny webcomic and worth looking at every day.

It doesn't really matter, and it's not as if Matt Smith were the first homosexual to play the Doctor in Doctor Who, but I will say that I figured he was gay long before I saw this: 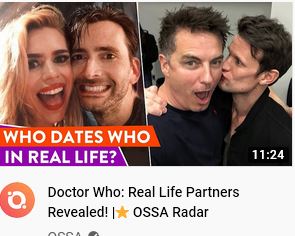 WHy did no one tell me that an Alan Parsons album came out in April of 2019? The Secret came out last year and I'm only just finding out about it! WTF!!!

What the hell. The last time a new Parsons album came out, Mom was still alive.
Collapse