Sat in my rocking chair after work and ate a PBJ, then finally stirred my stumps and went out to the garage.

First I put the hose in the pool so I could top it up after the minor disaster over the weekend, where the top three inches of water spilled out onto the patio. Then went to the garage and started moving stuff around.

The result is that I've now made the haphazard arrangement of junk somewhat less haphazard and more organized, and I can see the top of my workbench again. As a plus, there is about twenty square feet more of floor space. It could have been more, but I decided that I had done enough for one night.

So, this image is at least two years old, but accurate: 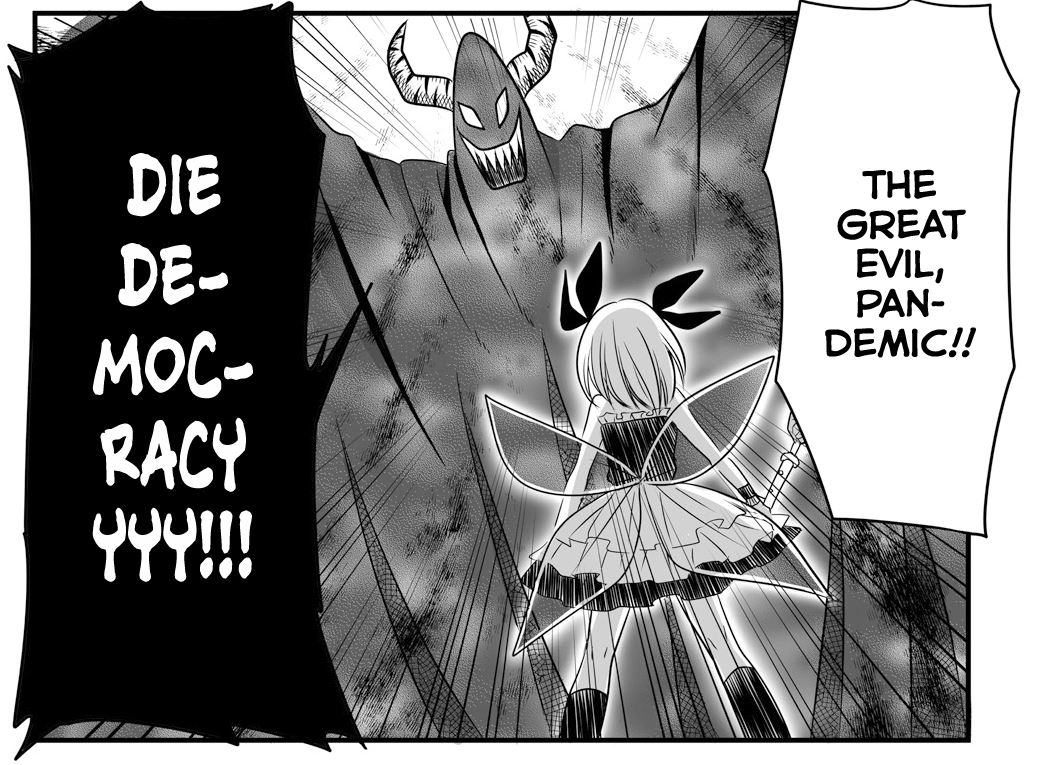 From Joshikousei no Mudakuzai and it's read right-to-left.

It's a panel from Ota's manga (which turns out to be a dream).

Horseteeth deleted the tweetle but the Internet is forever. And there she says, in so many words, that the entire reason to keep states locked down is to prevent Trump from winning re-election.

The St. Louis prosecutor's office is so desperate to hang those people, they tampered with evidence.

Do you know what happens to any typical criminal case when the evidence is altered? It's thrown out. Do I think that will happen here? Probably not. You see, the only reason these people were arrested in the first place stems from the fact that they are white, and the rioters they faced down were black, as is the prosecutor herself. The prosecutor wants to make an example out of them, because average people must not be allowed to protect themselves from mobs intent on looting, pillaging, and burning.

Tell me, please, that they are not just laying the asphalt directly on top of sand.

I know that there are long stretches of lakefront in Chicago which are concrete, not sand, and it's possible that's one of them.

But of course the "before" image shows what happened to the last bike path through that stretch.

Wednesday is over. Thursday and Friday, then a weekend. Whee!
Collapse