Excessively anxious all day yesterday--ended up taking Xanax after 6 PM, so today I am a zombie, of course. Got up this morning around 8-ish or so, was up for a little while (an hour or two) but returned to bed and slept more.

It was sleep I desperately needed. I never seem to get enough sleep during the week, owing to a combination of hydraulic pressure and fool animals, so when the weekend comes--

The sites I look at were not full of discussions of the mega-disasters that took place in DC. Maybe folks just haven't posted yet, maybe nothing of note happened. I suppose if it's anything really important I'll find out eventually.

This was a candidate, from an old Bloom County strip: 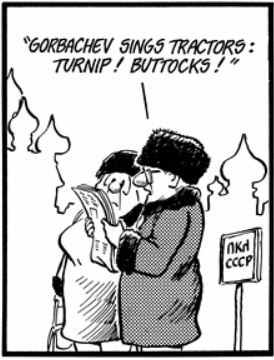 But this is a thumbnail image from a TouYobe video of Japanese ads that I thought was hilarious: 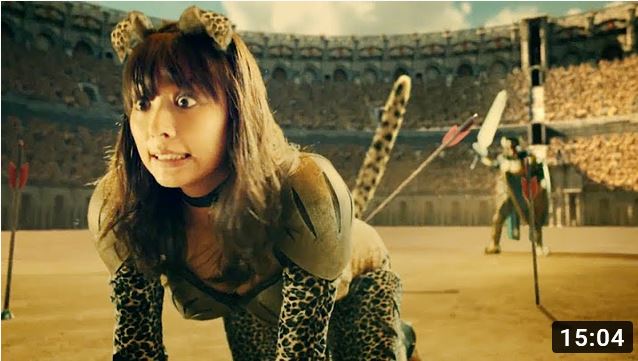 I think it's from an ad for some kind of phone game, an RPG-type, and the catgirl's expression upon taking an arrow to the butt is priceless. The ramrod-straight tail is a hilarious touch.

In the "not at all surprising" category, we have all the leftists who chanted "Fuck Trump" for four years who are now butthurt at hearing people chant "Fuck Biden". As always, they can dish it out but they can't take it.

It's pretty amusing to see how surprised and offended they get when someone throws their horseshit right back into their faces. I think they're even more upset due to how it's crowds of people yelling it--huge crowds--as opposed to the relative handful that cursed Trump in such a fashion.

The older I get, the more I come to realize that the weaker an ideology is, the more violent it is. Because leftism cannot stand on its own merits, it must force people to go along--and it absolutely must quash any alternative ideas, because they frequently work better.

I don't have any really smart words today. I'm just kind of "meh". You know how it is.
Collapse